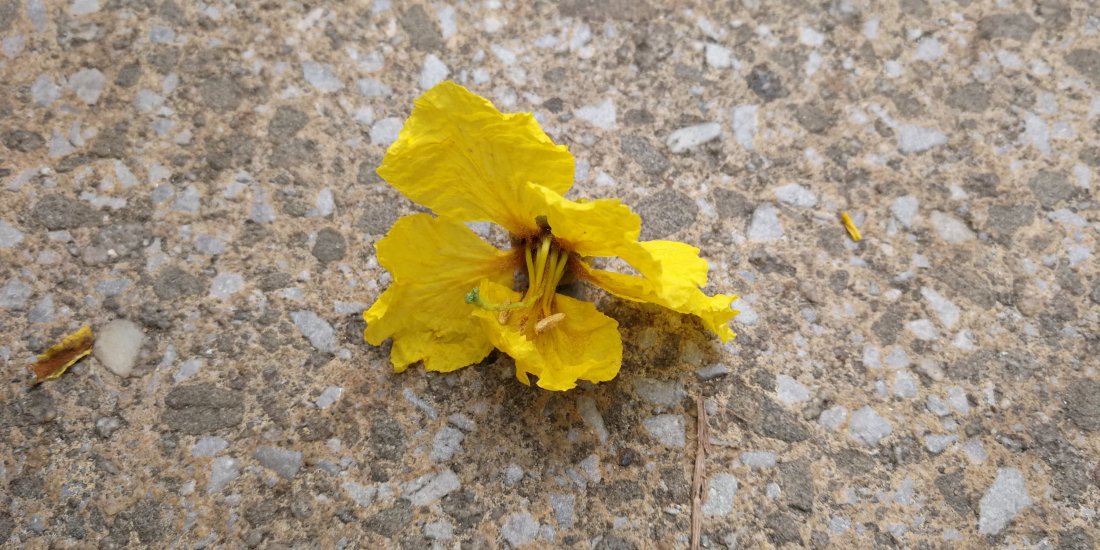 When I first started to learn about trees, particularly their (common) names, it gave me such satisfaction. For starters, I can now conjured up an image of what a particular tree actually looks like in classic literature. Names like Oaks, Banyans and so on, now have a real image inside my head when I read about them.

But I was always perplexed and challenged by a specie’s scientific name. To be honest, I am a total newbie to latin, so it was always difficult to relate to what some of the names could mean – I imagine it is the same for a non-Chinese speaker trying to learn written Chinese. Without any reference, or a Rosetta Stone, it is hard to make the connections between the pens strokes and their actually meaning. 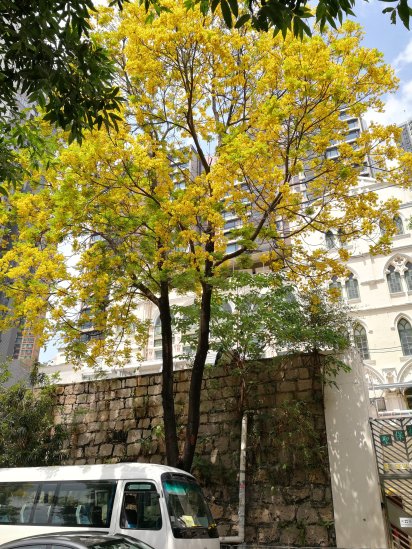 I just happened to come across these spectacular representatives on Wong Nai Chung Road. They stand outside St Paul’s Secondary School, and act as bright, yellow beacons on a street that already features some impressive trees, such as the ‘grand lovers,’ or the ‘rosy trumpet.’ 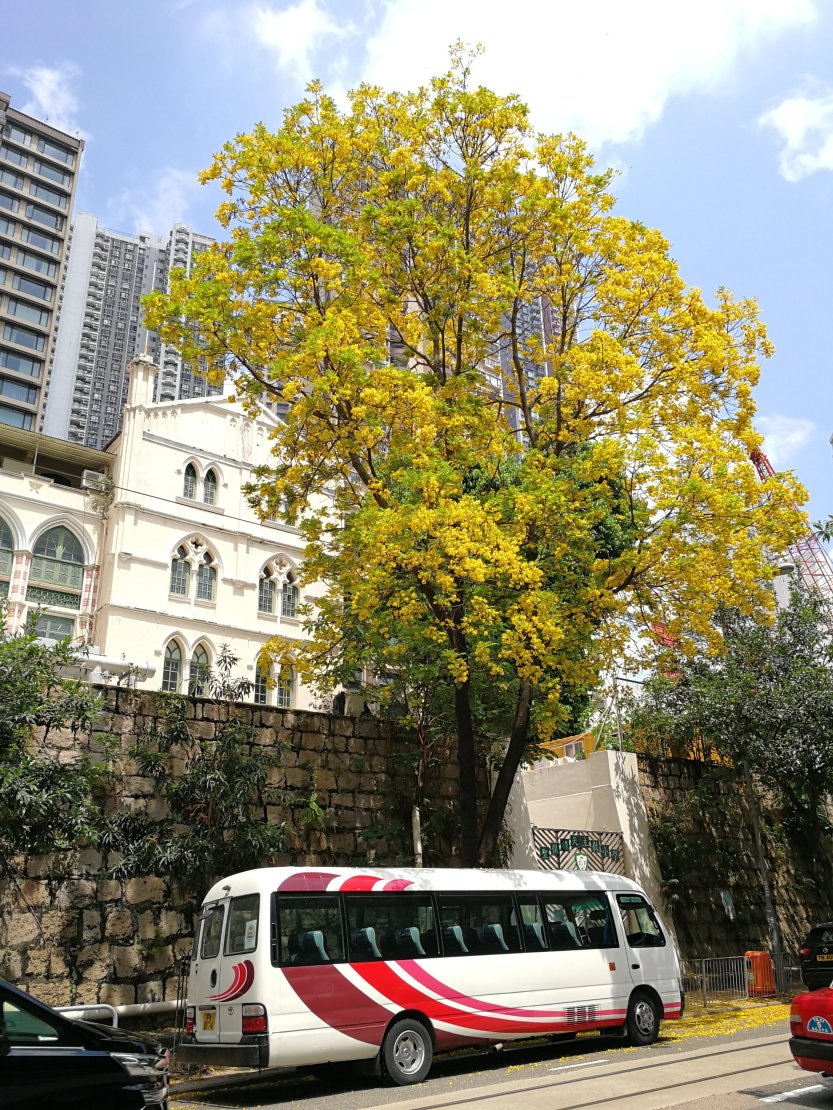 There isn’t anything marking out these trees for most of the year, but when they bloom, they’re really hard to miss.

Then there are the rows on Peltophorum Tonkinense that line the football pitches in Victoria Park. By the time I caught sight of them, they were already past their prime in terms of blooms, but set against the width of the pitches and Hong Kong’s skyline, they were still quite a joy to witness. 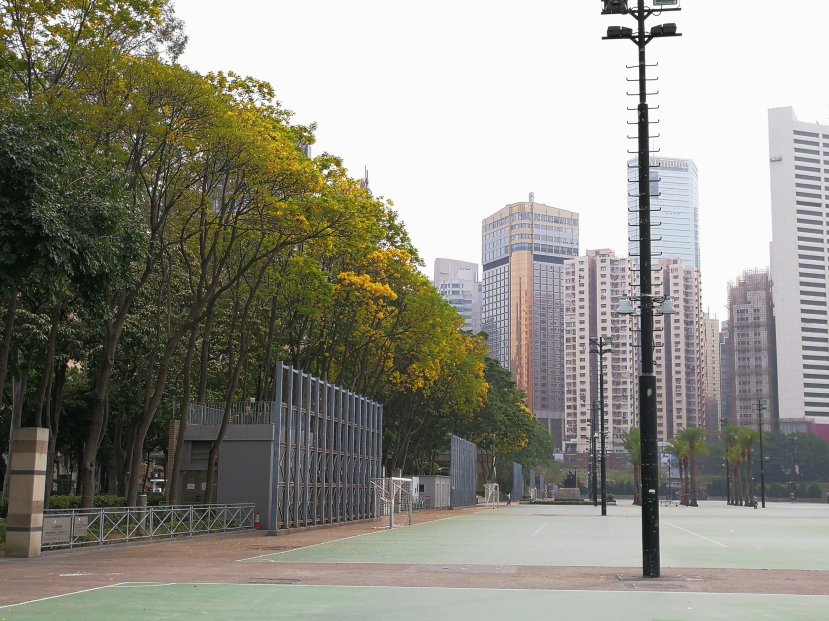