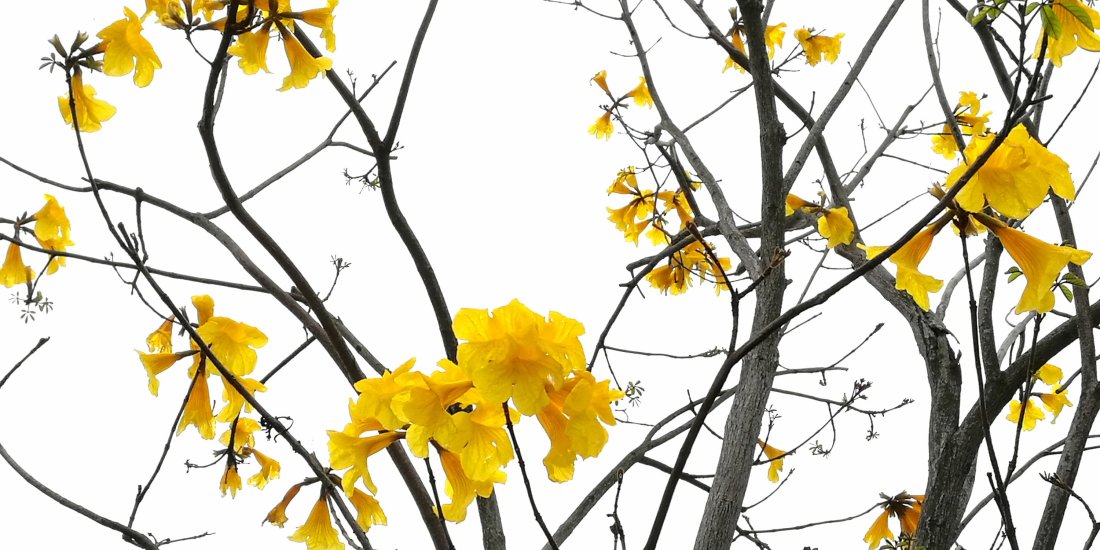 Each spring, something remarkable happens in and around Hong Kong with the arrival of the Golden Trumpet flowers. In a city which likes to flaunt anything that can be flaunted, these golden yellow blooms outshines anything in their vicinity. 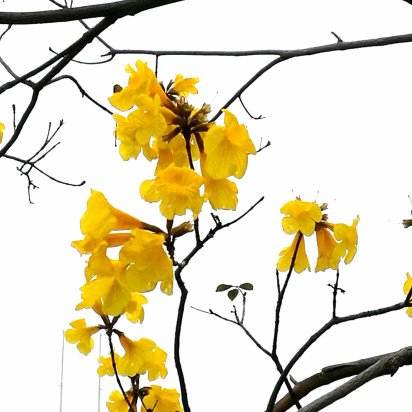 Originally from South America, the Golden Trumpet tree is one variety of the tabebuia genus. According to the city’s arbourists, the ones blooming here are tabebuia chrysantha, no doubt named for their resemblance to the ubiquitous chrysanthemum, which also come in bright yellow shades. In fact, the term chrysantha actually means literally ‘gold’ and ‘colour’ in Latin.

But there are many varieties of tabebuia, at last count 99 varieties, and many, many have yellow flowers. There are some that come with rose or red flowers (tabebuia rosea), but these are clearly not them.

I also have doubts about the common name of the specie in Hong Kong, because technically, Golden Trumpets are assigned to another variety called tabebuia chrysotrica, definitely a close relative but not exactly the same. I am happen with using it all the same.

The specie is obviously very popular with Hong Kong’s landscape planners because they can be found in almost every park. If you are more ambitious, you can head out to the Central harbour promenade to view the golden flowers with Hong Kong’s spectacular skyline as the background. 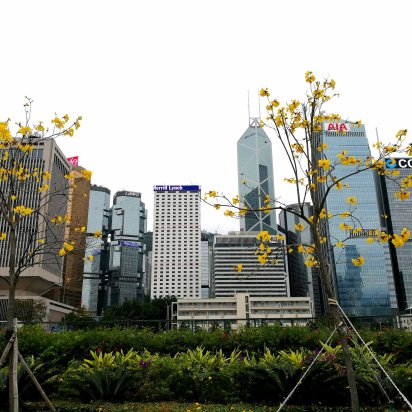 The problem is, like all exquisitely beautiful things, the flowers don’t last long, so get to your nearest park and catch a glimpse before they disappear into the spring.