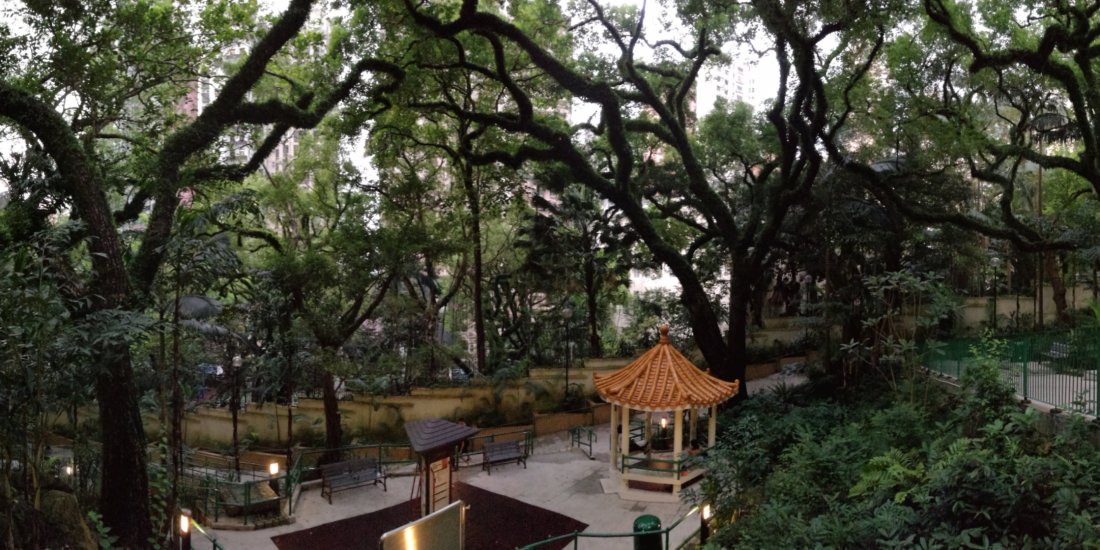 Even since I learned about the Japanese concept of ‘shinrin yoku,’ or forest bathing, I’ve tried to find suitable places around Hong Kong to get drench in nature’s blessing. There are plenty of parks and trials around Hong Kong, but the best place that I’ve come across so far is hidden away up the hill from Western District, just above Park Road,

The enchanted alcove is called West End Park, and is accessible from two entrances. One descends from Lyttelton Road and Oaklands Avenue and the other enters from Oaklands Path, which leads up from the junction of Park Road, Babington Path and Bonham Road.

The park is far from big, and definitely smaller than a standard football pitch. But what it offers is an amazing assortment of wonders, starting with the fact that there are three ways to get from one end to the other.

There is a main paved path that goes along the edge of park, surrounding the forest in the middle. Then there is a second path, consisting of a series of zigzagging stairs, with multiple landings – complete with gazebos and rest areas. There is a third path, a staircase that descends outside the main park area, but still with plenty of trees, if you are in a hurry.

What makes this park so special is the age, density and overwhelming vitality of its trees. In particular, numerous ancient camphors live on the slope that makes up the core area of the park. These are no ordinary trees, but old, primeval leftovers almost, with massive crowns that cover the entire area under its canopy. It’s like a secret, perfectly preserved, corner of paradise, right here in our city. 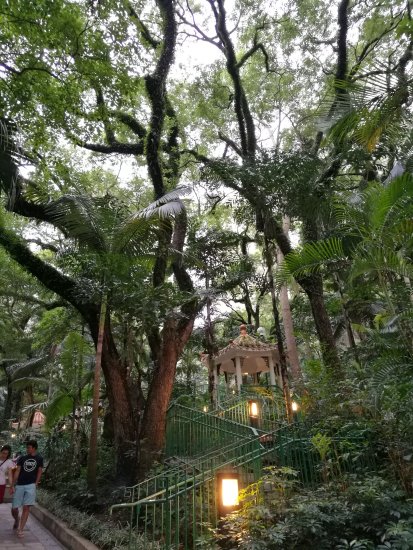 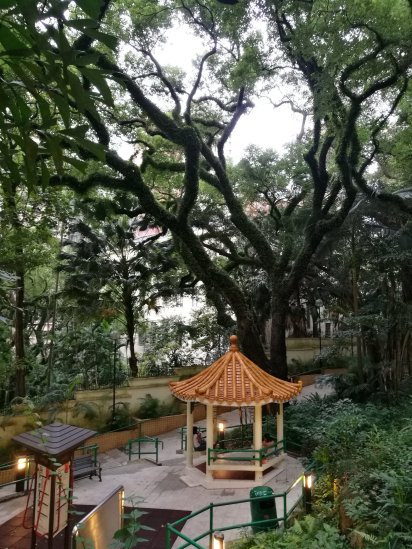 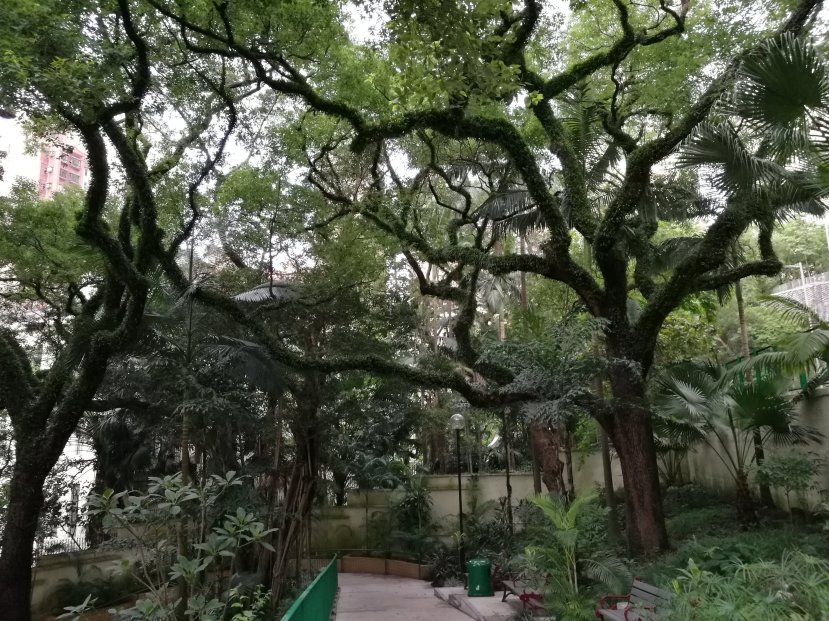 Besides the obvious forest of camphors, the park manages to pact a number of other varieties inside its borders, including a host of different palm species – Chinese Fan Palm, Alexandra Palm, Fishtail Palm, as well as a pretty respectable Chinese Banyan.

What also makes this park so charming is the fact it’s usually very quiet. While there is traffic along its many paths, I’ve never come across a crowd. It’s also amazingly serene for a site so close to the city. For a bonus, exit the park on the Oaklands Path side and visit the lonely camphor growing in the middle of the street.