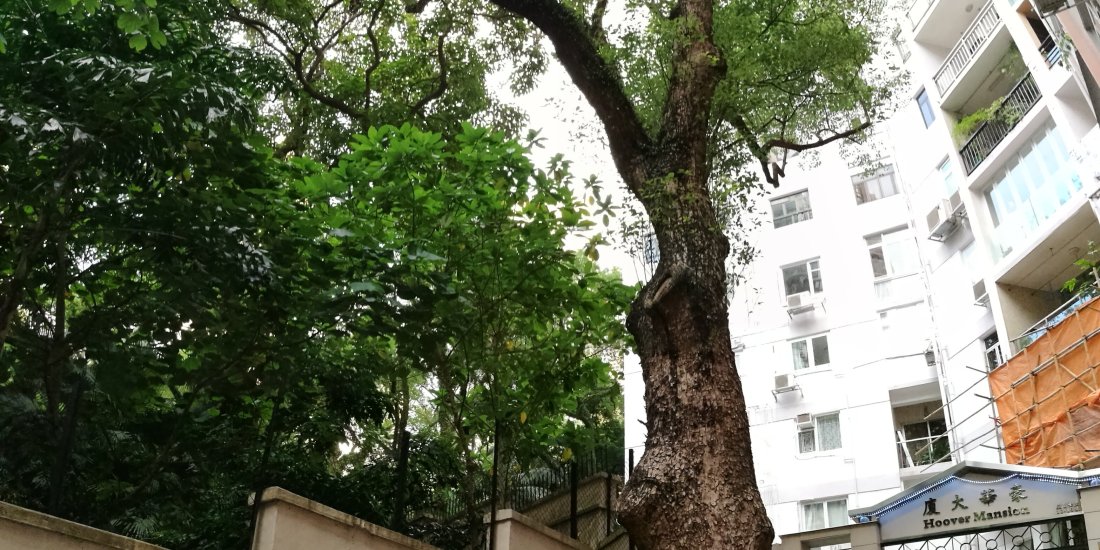 Despite Hong Kong’s rapid development as one of the world’s mega-cities, there are tress that are left to grow in the middle of a street. And good thing too, since some have embedded themselves into the urban fabric of the city and are now icons of sustainable urban planning.

Take this camphor tree for example growing out of a concrete pit in the middle of Oaklands Path. From the bottom of the path, the view of this tall, thin, elegant individual growing in the middle of the narrow street surrounded by buildings is a sight to behold. 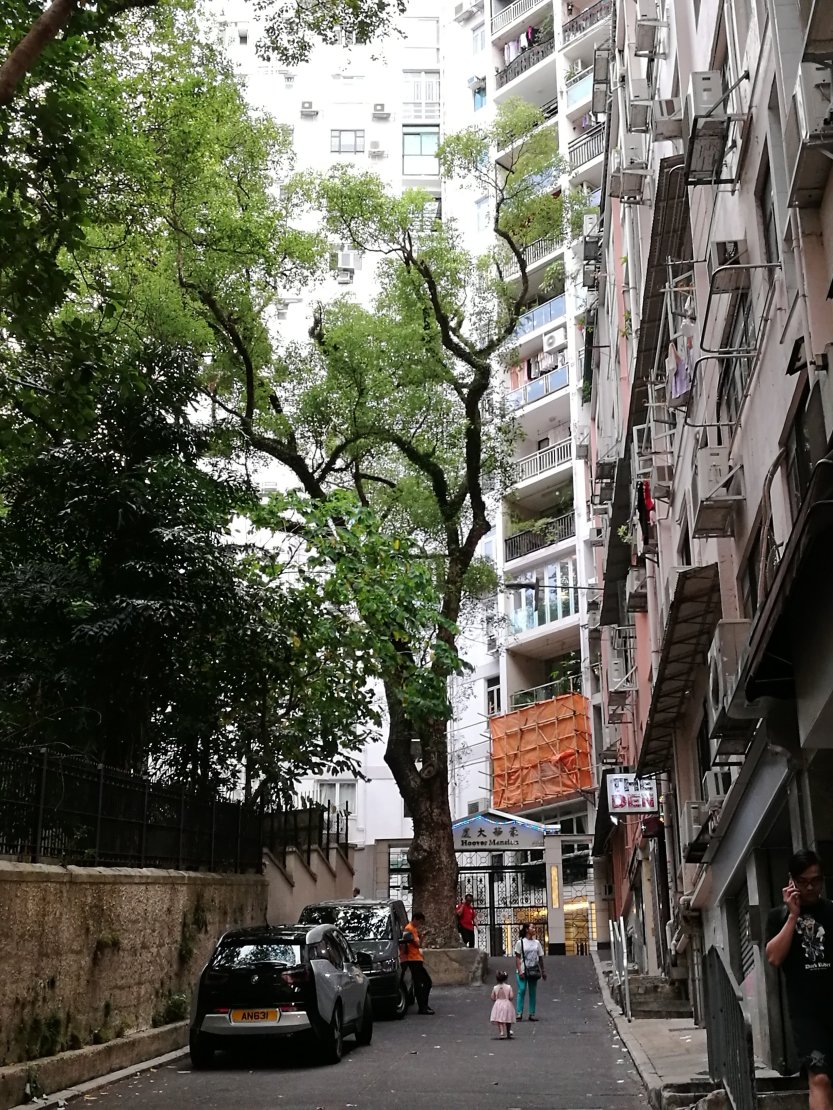 From the size of its trunk, it is old, but what makes it special is perhaps not its age, which obviously helps, but its struggle to thrive in such a confined environment – it is truly a product of our city. Restricted by the narrow path, it has had no choice by to grow straight up, which is not characteristics of camphors, which typically have multiple limbs spreading out into an expansive canopy, like those just around the corner from this tree in West End Park.

That’s not to say, the camphors is lacking in splendour. It’s trunk has acquired a distinct shape, showing the years when it has had to build up mass and energy for its reach for the precious sunlight seeping down from between the buildings. 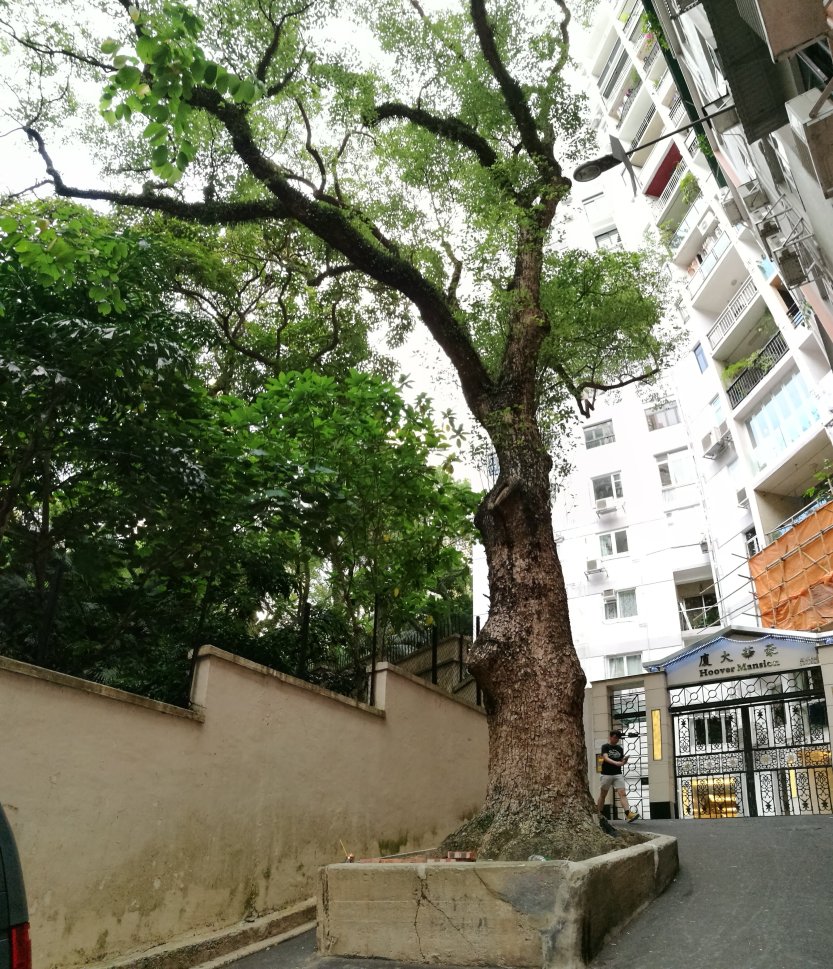 Now that it is all grown up, it has developed a restrained, yet intense canopy. Let’s hope it stays healthy and is left alone, unlike the unfortunate fate of another tree in the middle of the street on Monmouth Path, which was disappeared by mysterious handlers.