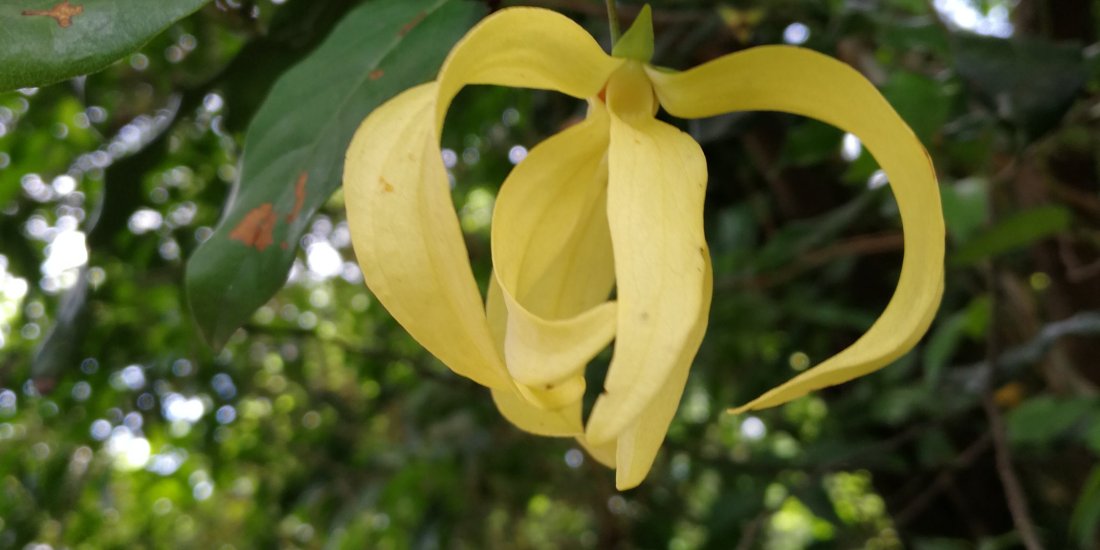 Another local tree that doesn’t appear to have a common English name, the Desmos Chinensis is another wondrous example of a specie that doesn’t really stand out for most of the year but really makes a statement with its flowers and its fruits.

From the shape of the flowers, it is easy to see where the specie gets its Chinese name, which literally translates as ‘fake eagle claw.’ Five yellow elongated petals protrude downwards, each curving inwards to form a ‘clam.’

The problem with trying to spot Desmos Chinensis is that for most of the year, its non-descript size and height and very mundanely shaped leaves make it really, really hard to distinguish from young trees and even shrubs on the hillsides of Hong Kong. Even when it flowers, the buds start off pale green, which looks pretty much like young leaves that blend into the surrounding foliage. As the blooms mature, their colour turns pastel yellow at their brightest, so they still remain somewhat exclusive unless you are really looking out for them.

Another issue with finding a Desmos Chinensis is that the specie typically grows among other more robust species. The Desmos typically relies on neighbouring species with larger trunks to support its ascent. As you can see in the photos below, the trunk of this particular individual is perhaps just an inch wide. In this way, the Desmos doesn’t really behave like typical trees whose trunk is proportionate to its crown. Instead, the Desmos appears focus on spreading its crown rather than bulking up its core, much like a climbing vine – more later.

All the above factors make the Desmos Chinensis an elusive specie to spot. But once you’ve seen them, they are hard to forget. The flowers, and they are blooming now in July, are exquisite, flirty and elegant at the same time, full of the vibrancy and sophistication. 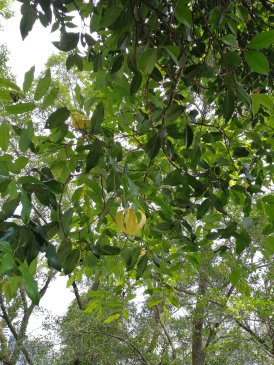 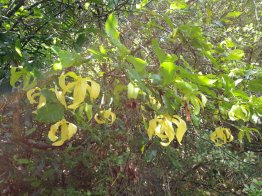 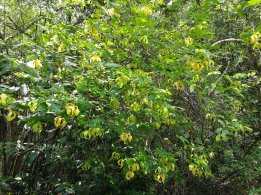 Over the past week or so, the flowers have disappeared, so it appears the Desmos Chinensis blooms at once with the flowers lasting mere days, unlike others that bloom over an extended period as flowers emerged from different parts of the canopy.

While the flowers are pretty incredible, the fruit of the Desmos Chinensis are just a impressive. They look like multiple skewers of beads that come together at one point like exploding fireworks. 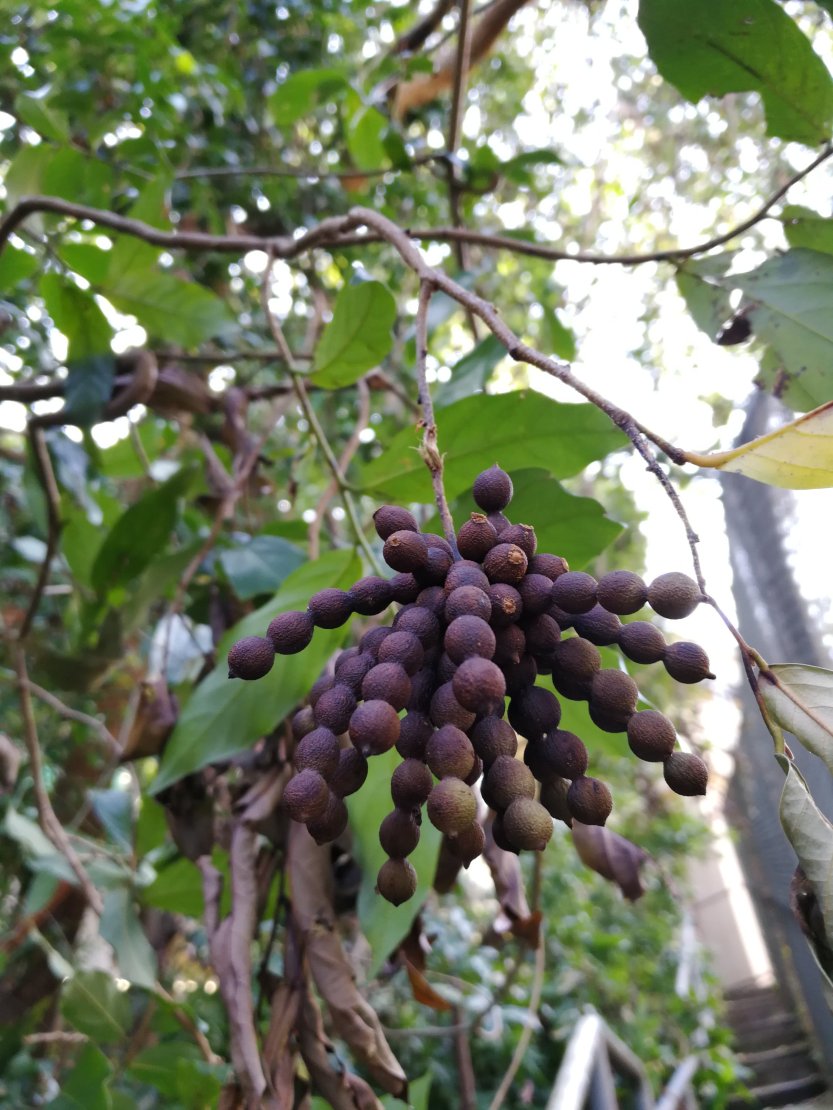 The species is native to most of Southeast Asia and calls Hong Kong one of its many habitats. From multiple descriptions both online and from reference books, the Desmos Chinensis is actually more a climbing shrub then a real tree, which makes it pretty hard to pick out, especially among Hong Kong’s rich arboreal diversity, as noted before.

Interestingly, cities like Bangkok have found a way to exploit the unique characteristics of the Desmos. Instead of planting other tree species that see their trunks expand as they grow, Bangkok is growing the Desmos as a shade tree by constructing artificial structures that allow the specie to reach high enough for its crown to spread horizontally to provide shade while enjoying the fact that its thin delicate trunk won’t ever break up the pavement.