I spent the greater part of last week in Shanghai, China attending a trade show. As I have come to practice, I try my best to get up early on at least once to have a walk around any city I visit, partly because I need the exercise and partly, just as importantly, to check out the local tree residents, species and if I am really lucky, meet some old, spectacular individual.

During my stay in Shanghai, I didn’t come across any particularly impressionable individual tree, since I was in the relatively new part of town, but I was still happy to see rows upon rows of trees lining the streets around my hotel.

If I am not mistaken, many were Golden Rain trees, which had just started to bloom their yellow buds, with a few individuals even showing the reddish pods that make up the trees distinct colouring. 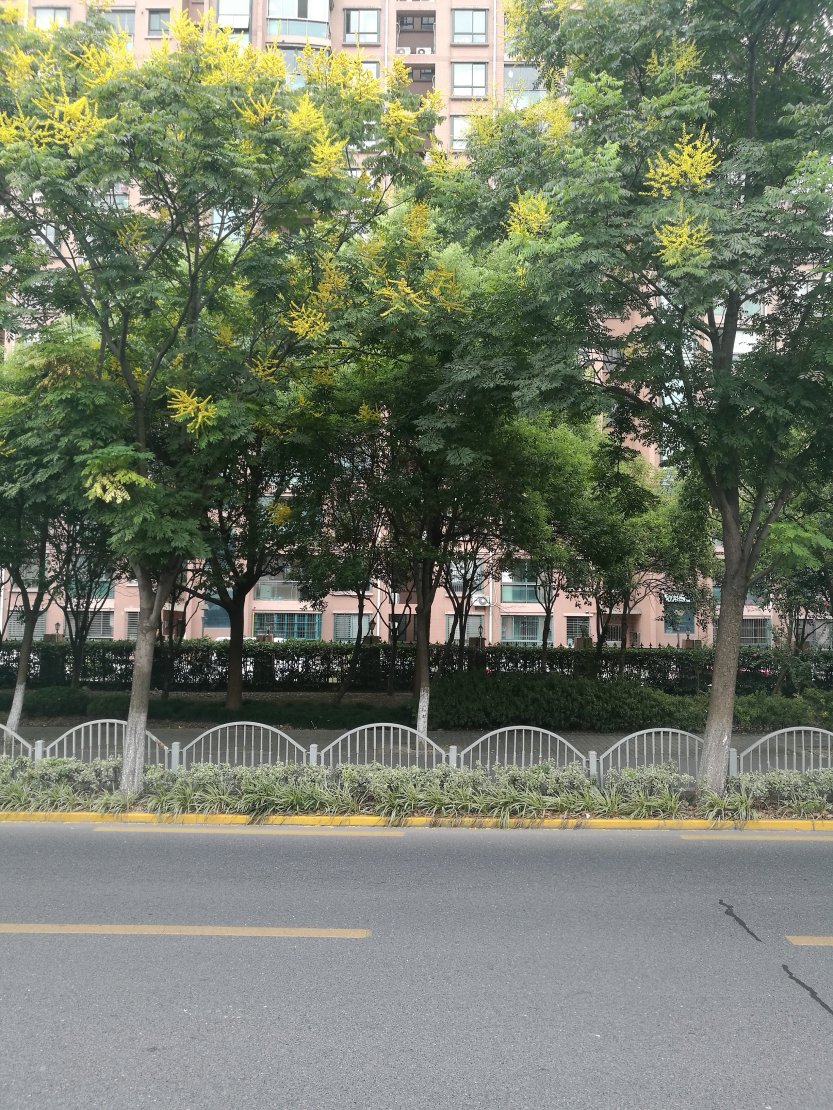 Then there were what I initially thought were maple trees. 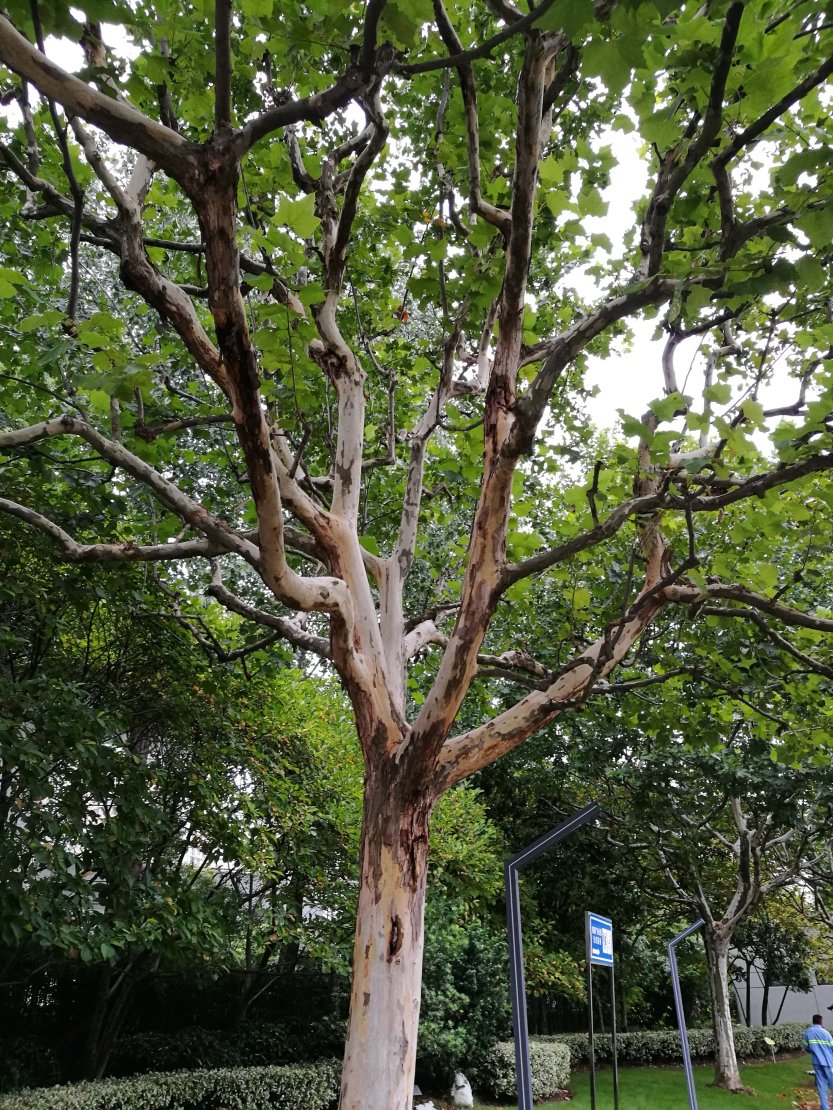 The particular specie had the wide leaves shaped exactly like the Canadian flag, but the bark did not resembled any of the maples I documented in my last post. Instead of the rugged, ridged trunks of maples, these trees had smooth eucalyptus-like skin, completely with patches of different shades. 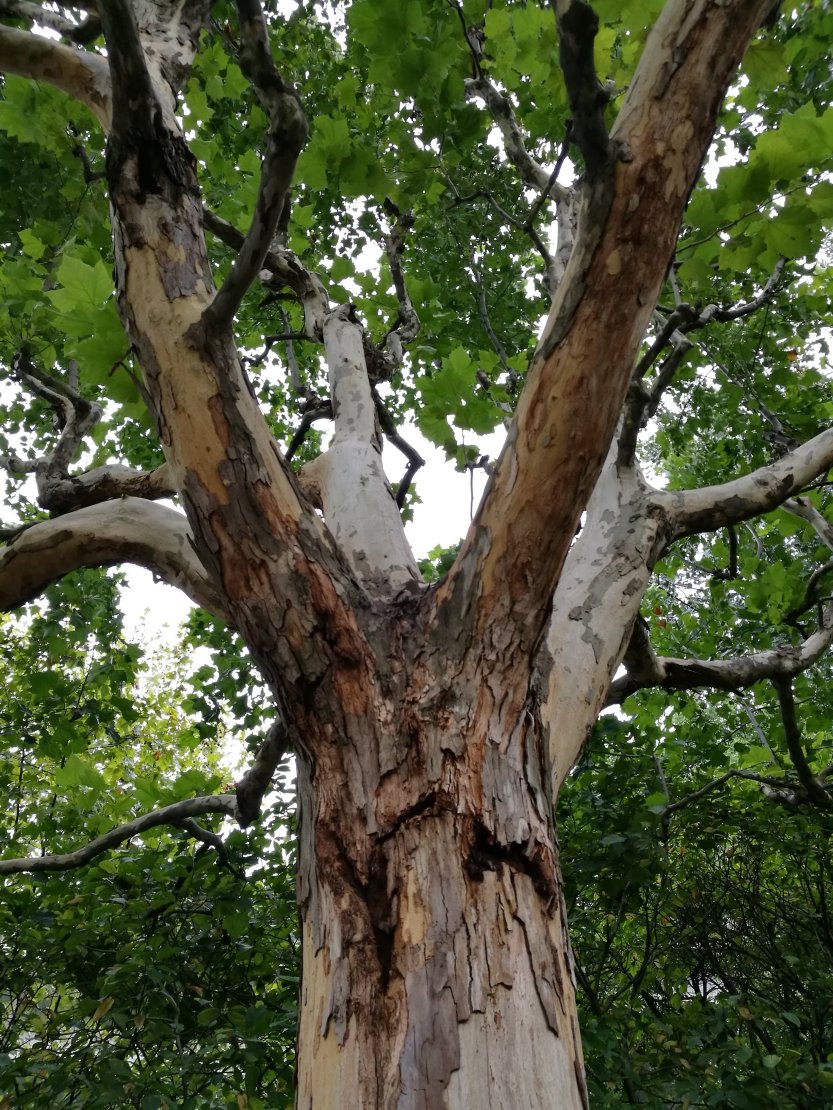 I was stomped. Then on the third morning, I happened to come across the Nanpu Plaza Park.

As I ventured inside for a look, I came across the same tree specie but this time there was sign, not from some deity, but literally on the ground next to trunk.

That’s how I found out that this tree isn’t any type of maple, but rather a plane tree, or part of the platanus genus and a member of the platanaceae. Of course I didn’t know at the time. It was only after I got online and typed in the name platanus hispanica that I found the trees’ common name: London Plane. Actually the genus hispanica isn’t exactly the London Plane (platanus x acerifolia), but it is a sub varietal.

That’s when I remembered I have heard this name before, from none other than my previous post from Mount Pleasant Cemetery. So in the span of a month, I managed to meet the same tree specie on opposite sides of the world, or 11,421.51 kilometres apart to be precise.