Canada is a wilderness. so it’s not surprising that its cities, namely Toronto, is full of trees. The problem is there are so many of trees here that they seem to blend into the cityscape, largely ignored, and definitely not labelled for curious treelovers like this blogger. But what the living take for granted, the dead do not.

I was pleasantly surprised when I just happened to walk into the Mount Pleasant Cemetery in mid-town Toronto and found myself amongst a forest of grand and majestic trees. And just when I thought it couldn’t get any better, it did.

Excuse the pun, but I thought I had left this reality plane and entered tree heaven. Because on each magnificent tree was a tiny label that displayed its common and Latin names.

The first one I came across was this majestic Horse Chestnut tree, complete with large spiky bulbous fruits 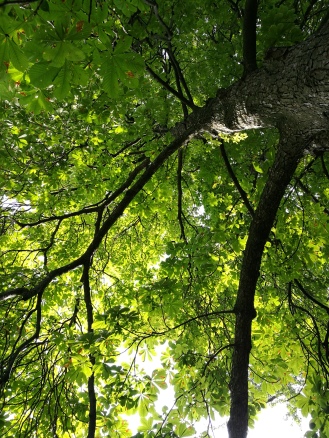 Then came the maples. Little did I know that there are so many different types of maple trees, starting with: 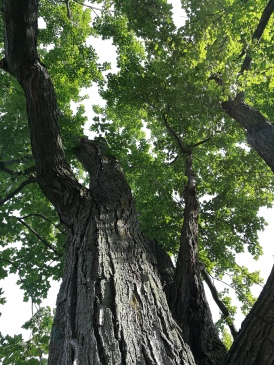 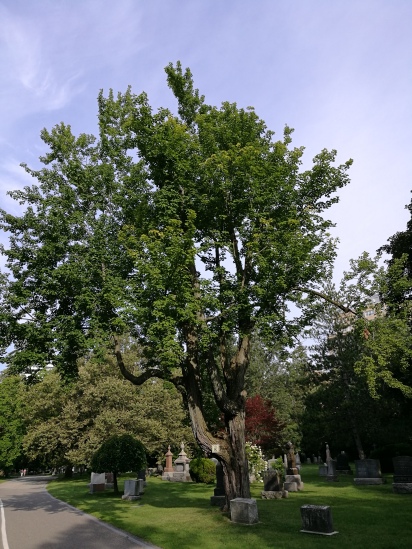 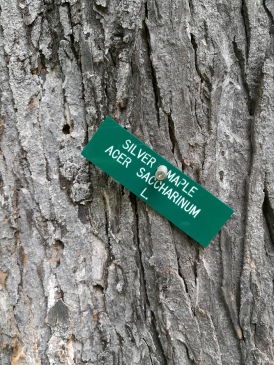 Fine lines on the bark 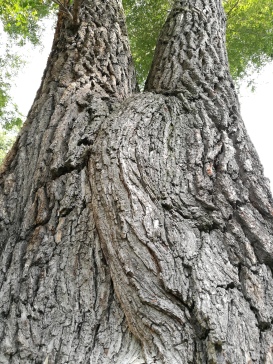 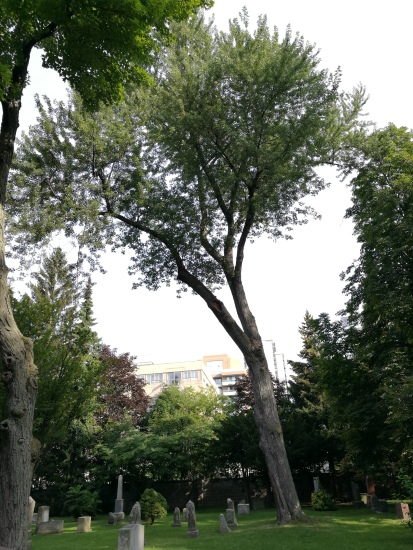 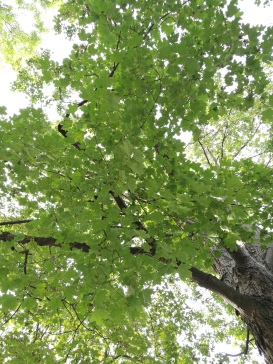 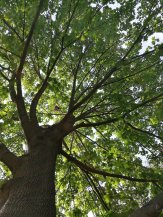 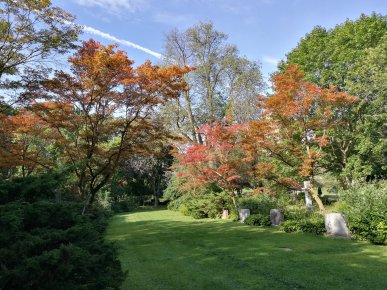 Bright imports from the East

Among the spectacular settings for the residents included the quiet sitting area with its own bench under the fruiting Doldo Crab tree. 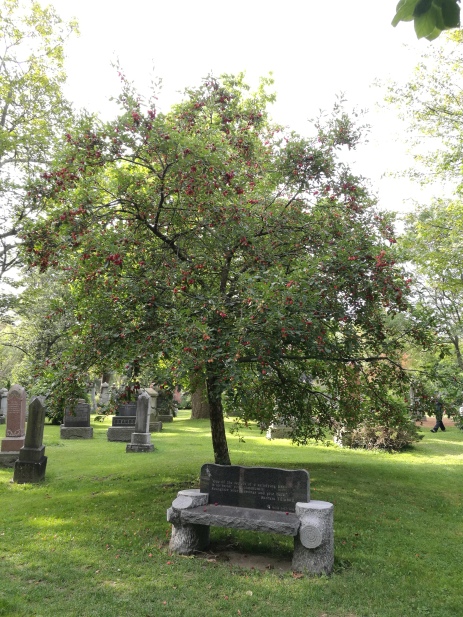 …and the two ancient venerable Weeping Willow resting atop an incline, one with its massive trunk hidden by a magnificent veil of flowing branches and spritely leaves, and its partner, growing nearby, less mysterious, but no less impressive. 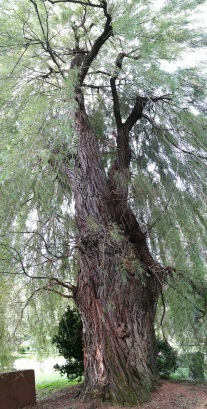 Then there were the two awesome White Oaks, spreading their herculean branches high and wide in one corner of the grounds.

Also hard to miss are several Weeping Beech trees, with their bell-shape crown and perky green leaves like scales on an enormous sea creature. 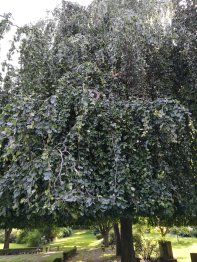 Big bells on the grounds

My journey didn’t stopped there. There were plenty of other tree species, some I’ve heard of, many I didn’t… like this London Plane 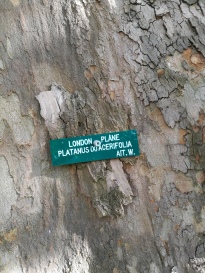 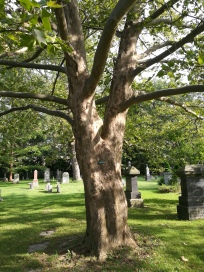 …and this Northern Catalpa 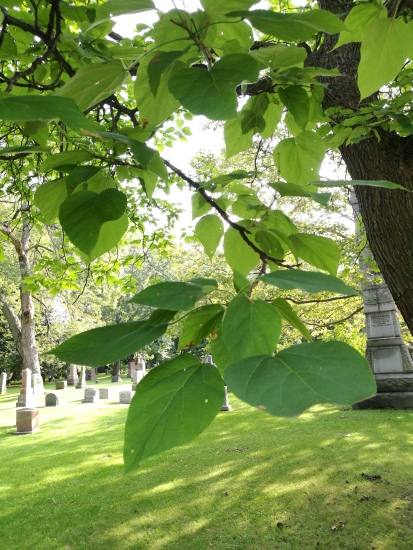 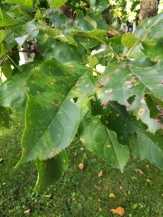 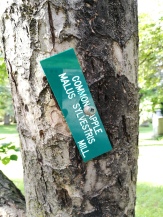 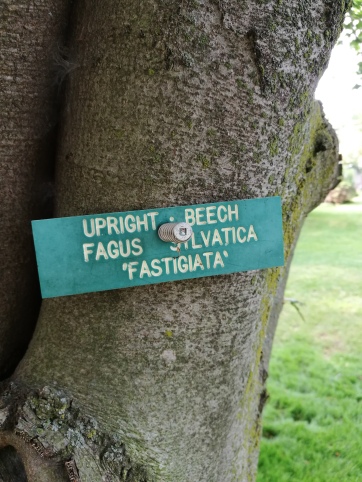 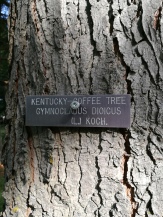 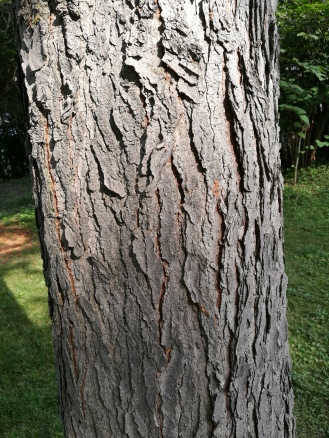 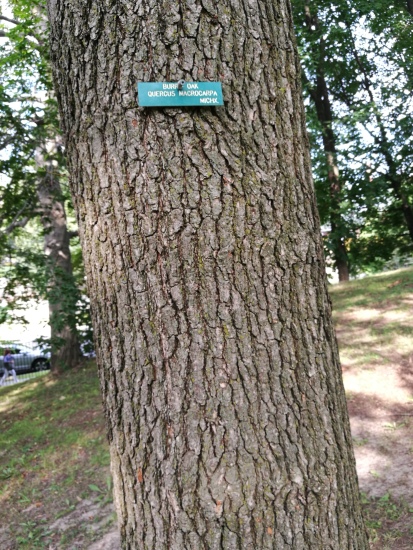 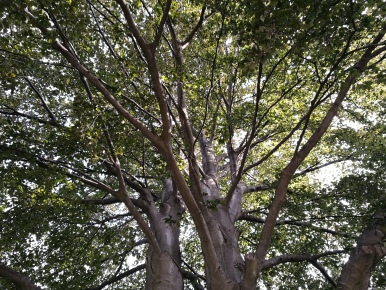 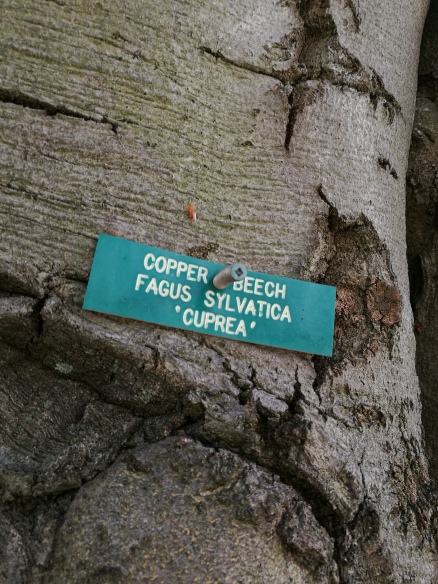 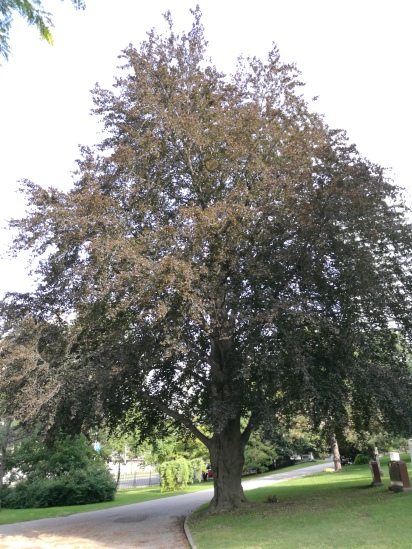 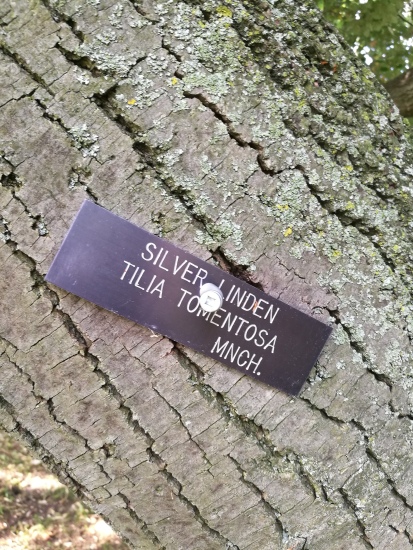 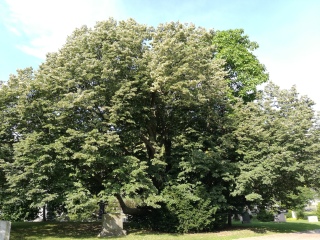 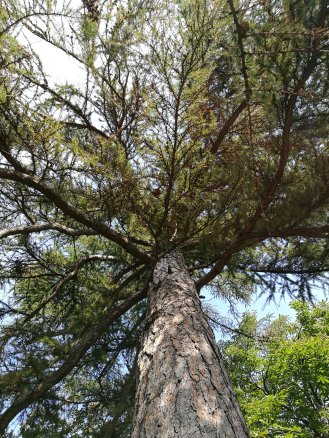 …and many, many more… The biggest question is, which tree would you want to accompany you for the long haul?