A few hours drive from the urban forest of the City of Angels is the dry, arid, hot and inhospitable desert of the Joshua Tree National Park. Despite the obvious temptation to reference the netherworld, the desert is far from the hellish place that it appears to be.

What struck me most about Joshua Tree National Park, which sits astride two deserts – the Mojave and Colorado deserts, isn’t the barrenness, the sun, or the seemingly unyielding heat, but its expansive beauty. As an admirer of the abstract expressionists, I can’t help but draw some parallel between the creative process that inspired some of my favourite artists – Rothko, Pollock and others, and the plants and ‘trees’ that manages to survive and thrive in the hostile environment of the desert.

While the artists tried to express ideas and emotions by abstracting it down to a set of colours, or movement, desert plants are basically pure embodiments of such expressions. As Rothko strived to find the exact colour to touch people’s emotions, and Pollock narrowed his movements to match his own, each plant in the desert must live all those limitations because they didn’t really have much choice. Over the millennia, these plants have evolved according to what little their environment offered them. So while Rothko narrowed his palette for each painting, and Pollock had to choose which action was worthy, these plants had no choice, thus becoming pure expressions of the desert, which afforded them to be exactly what they are today, nothing more and nothing less.

The result is an austere, yet complex composition that scatters the landscape with hauntingly beautiful shapes, starting with the Joshua Trees, otherwise known as ‘yucca brevifolia‘. 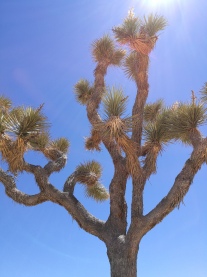 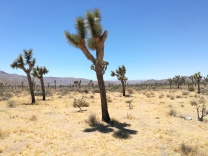 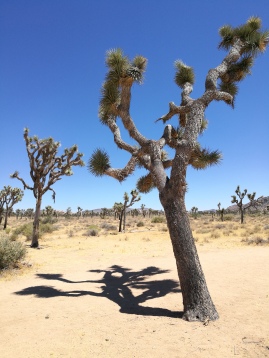 Joshua Trees, which proliferate on the higher part of the desert, got their name from a much less glamorous, certainly less artistic, origin. They were named by a group of Mormon settlers crossing the Mojave Desert in the mid-19th century, who thought the trees raised limbs resemble the biblical figure Joshua with his arms raised in prayer.

Meeting them in person, the trees are magnificent, not because of their height or size, but because they manage to thrive in such an arid landscape, gathering in forests that stretch out as far as the eye can see, spaced out almost evenly as if deliberately planted, each different, distinct, unique, personable, presenting its own history in the extension and arrangement of its limbs, as if communicating in a forgotten sign language. If only we are equipped to interpret what they are trying to tell us.

But its not just the ‘trees’ that make the desert landscape so enchanting. Every shrub, cactus exhumes a similar persona of purity, perseverance, solidarity. 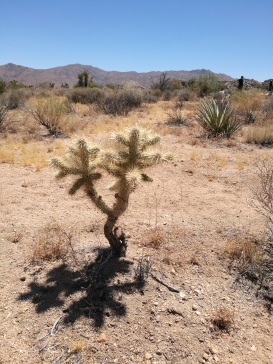 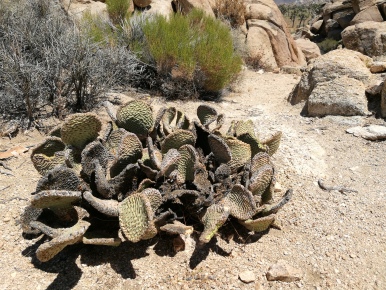 Even the corpses are beautiful in the desert, each perfectly preserved, like nature’s own sculpture garden. 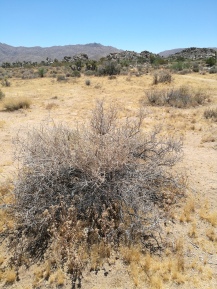 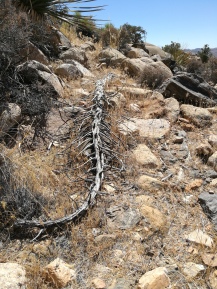 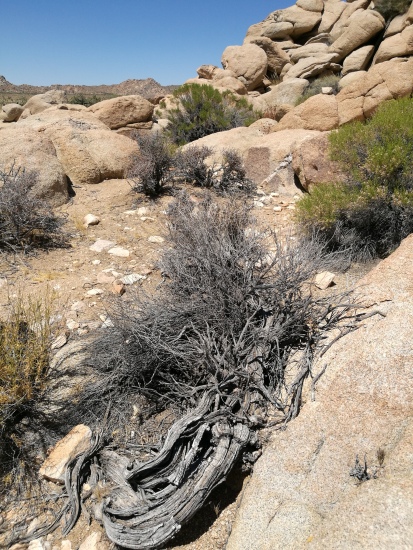 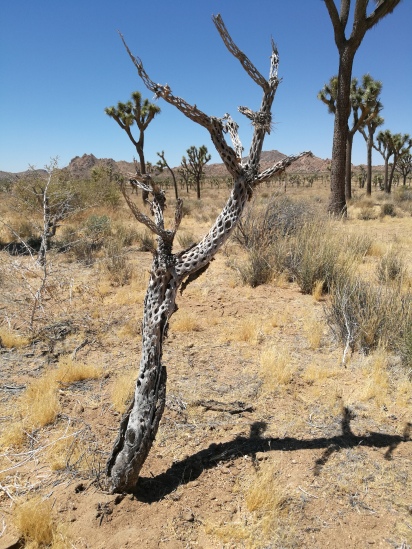 Cactus with no thorns 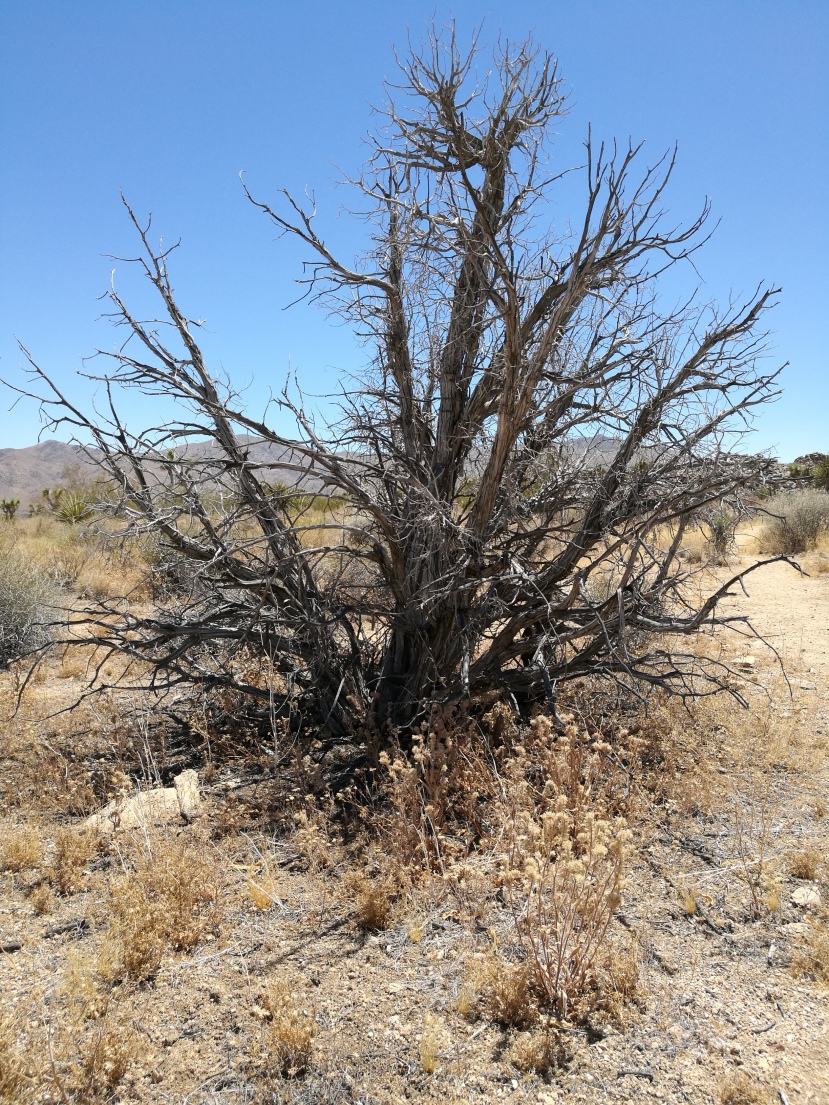 Then there are the flowers, often incredibly restrained, but sometimes as flamboyant as their more tropical peers. Desert flowers are all the more striking because they are rare although I did managed to catch some samples. 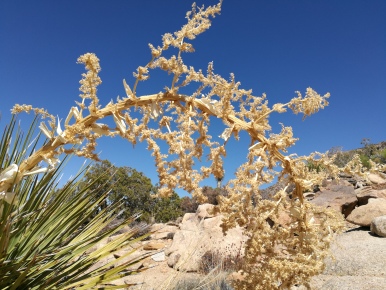 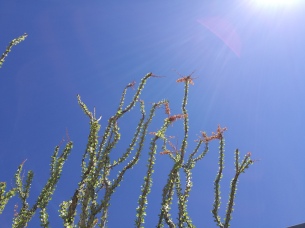 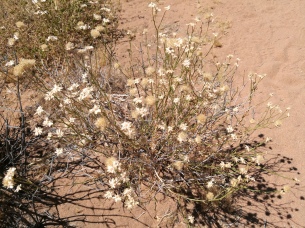 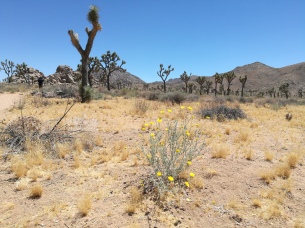 I have to admit that when I first learned that we were heading into the desert, I was excited because I’d never been, but I was expected a barren, sandy landscape with very little growth. JTNP was the opposite. While it wasn’t Hong Kong’s lush tropical forest, JTNP was full of life, with every square metre featuring an unending lineup of plants, shrubs and yes, trees.

Everywhere you turned, life thrive in all shapes and sizes. Combined with the alien rock formations, the outer-worldly terrain, the experience was exhilarating, serene, beautiful, albeit, hot, abusive and hostile at the same time – a singularity of emotions and spirit, right here in our reality plane.