Hong Kong’s Wanchai neighbourhood doesn’t have a great reputation as a green spot in the city. Full of bars, shops and restaurants, the distinctly commercial district is better known for commerce then leisure.

Imagine my surprise when I discovered that there once was a government initiative called the Greening Wanchai Scheme, and that hundreds of trees were planted.

Standing on a non-descript corner just outside the Wanchai wet market is a commemorative tree marking the project. 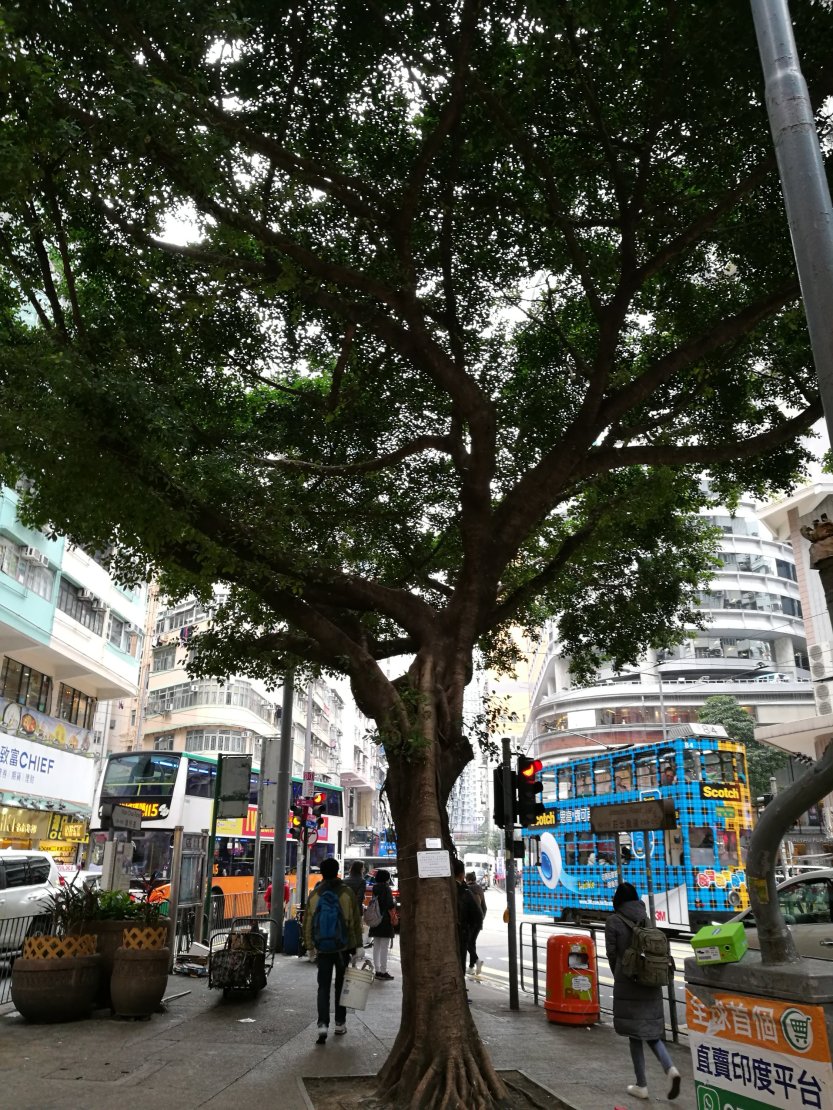 Not only that, but famous celebrities, including country legend John Denver, lent a helping hand. 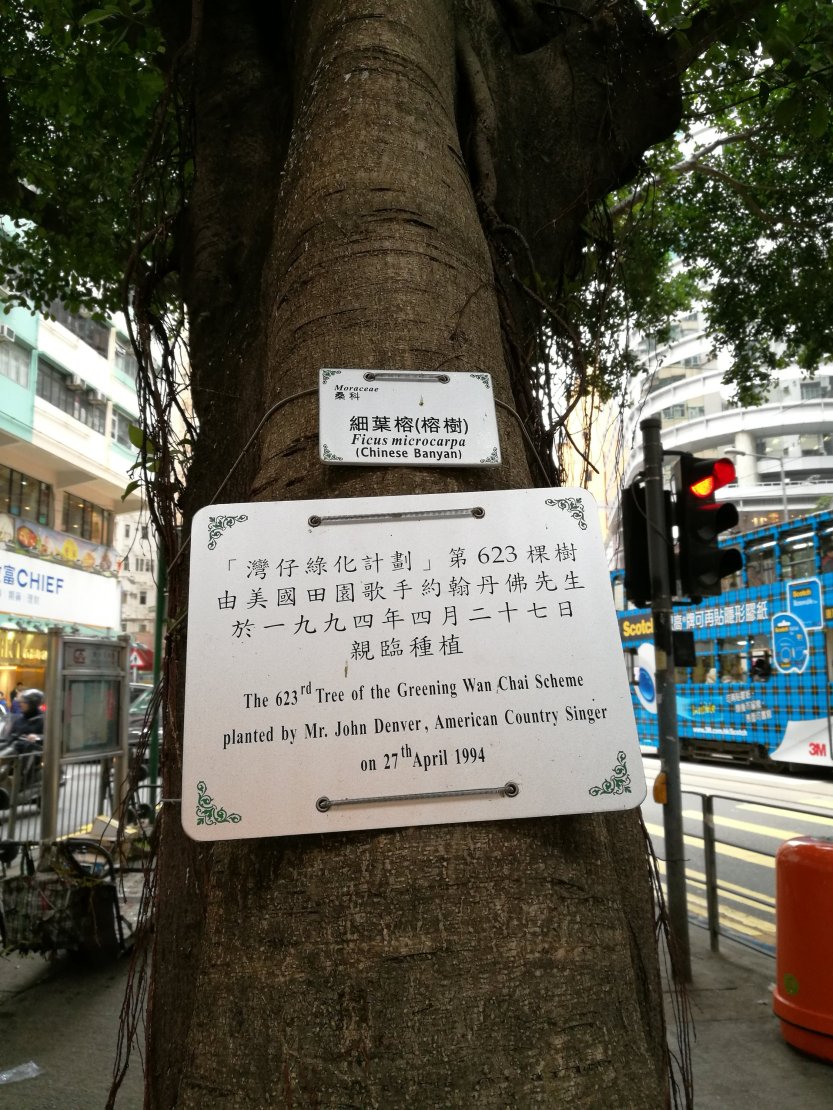 As the plague says, this was the 623rd tree planted by the scheme. Number 600 stands a few blocks away opposite the converted historical building Pawn.

This one was planted by then Governor of Hong Kong, Chris Patten, when Hong Kong was still a British colony before its handover back to China in 1997.

The two specimens are more symbolic than actually personifying a ‘green’ Wanchai. Yet, despite the hyper-urban density of Wanchai, these two trees represents a.gateway, an opening of the mind, to what the district has to offer.

Once you realise that Wanchai does have greenery, then it is hard to miss the trees that lined the Southorn Playground, or the rows upon rows of trees than accompany you as you travel along Gloucester Road, or the Royal Palms that grow in the middle of Hennessey Road. More striking are the varied species of trees that line the short blocks leading from Johnston Road and Gloucester Road.

For those that have more time, Wanchai also has a park, south of Wan Chai Road led in from Bullock Lane. North Wanchai, on the ocean side of Gloucester Road also features plenty of impressive fauna, particularly in the gardens around the Academy of Performing Arts and opposite the Grand Hyatt hotel. Then there is the Star Street area, which is an alcove above (literally) the hustle and bustle of the city featuring some idyllic parks. If you happen to be in the area, check out the garden below Sun Street (above Queens Road East), which feature the only two Guaua trees I’ve come across in the city, and the ‘rocket’ walled Chinese Banyan blasting off of the retainer wall.