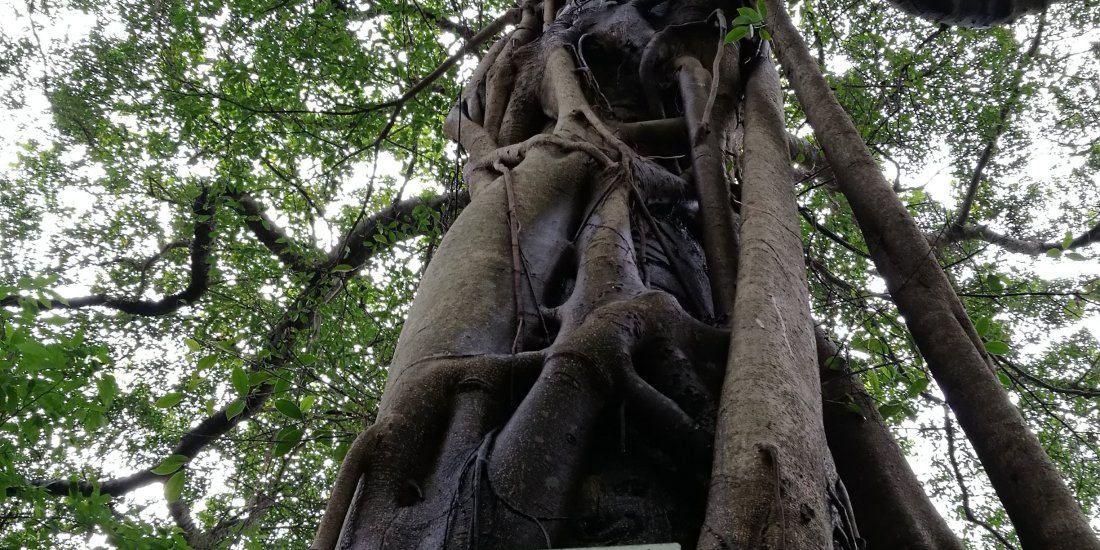 On Kennedy Road, which borders the Southern bordering hill top of Hong Kong, a pretty specular tree is struggling to assert its presence. The fact of the matter is Kennedy Road overlooks one of the wildest and least manicured parts of Hong Kong Park, where I imagine what Hong Kong’s primeval forest is like. Walking along the narrow sidewalk from the Western end of the road (from Garden Road), you are bombarded by ancient members of the arboreal nature, ranging from Chinese Banyans, to Cotton Trees, to Fishtail Pines. All these are behind a wired fence, so its too difficult to profile here, but its a treegasm just to talk along this stretch of Kennedy Road.

But there is a point as you walk eastward when you reach, just after the Lemon-scented Gum and the nuclear family tree, a pretty respectable tree that you can actually touch and meet in person.

On many scales, this ‘Old and valuable tree’ of Hong Kong does not seem too distinct, or unique, particularly when you compared to the giants that line the hillside above Hong Kong Park. But on closer inspection, there is much to admire. 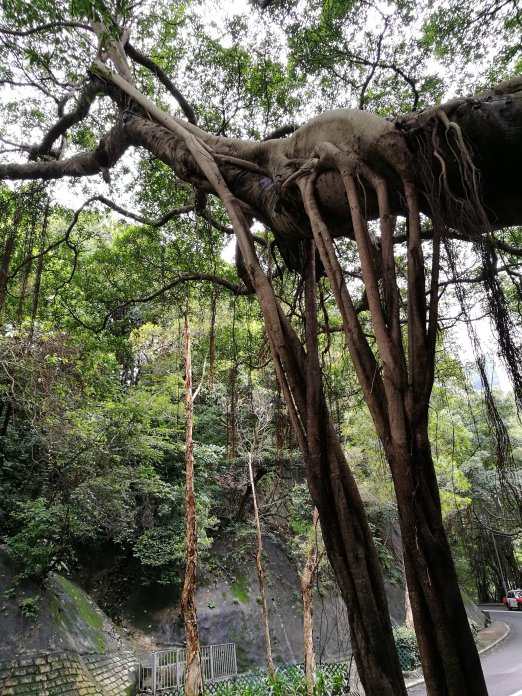 Like all Chinese Banyans, this one has an extensive, intricate root system. What seems to be quite special is there appears to be two trees. There is one that forms the core trunk reaching upwards. Then there are the roots, which wrap around the trunk to give it its sculptured form and intensely Rodinesque aura.

Compared to some of the other Chinese Banyans and other ancient trees on Kennedy Road, this particular representative is easy to miss. But just because Hong Kong has plenty of elder trees, doesn’t mean each one deserves any less attention and love.

I am really glad that this individual is recognised for its splendour, but I hope the same consideration and respect can be extended to all trees on Kennedy Road and elsewhere in Hong Kong.